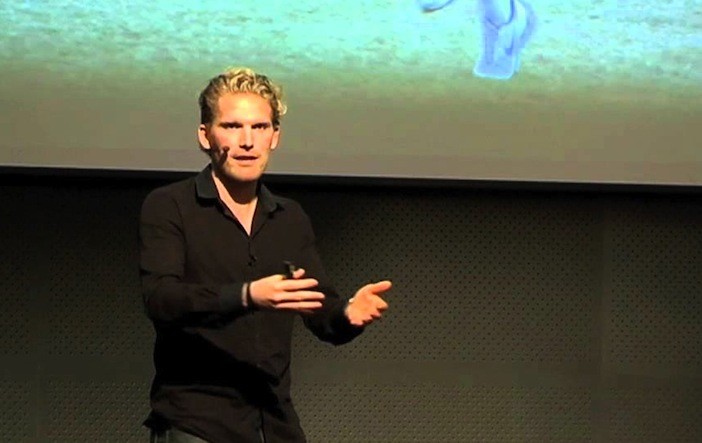 Rasmus Ankersen from Denmark is a bestselling author, a speaker on performance development and a trusted advisor to businesses and athletes around the world.

His keynote presentations are based on his leading motivational books, ‘The Gold Mine Effect’ and ‘Hunger in Paradise’ which provide a fascinating insight into the secrets of high performance.

He is a specialist on data analytics or the so-called ‘Moneyball’ approach to interpreting the performance of top-flight footballers.

He is also a football executive and currently holds the position as Chairman of FC Midtjylland in Denmark and co-director of football at Brentford FC in the English Premier League. Both of these teams he has helped to develop explosively through their respective leagues and reach their top division in a very short period of time.

Midtjylland and Brentford are regarded as amongst the world’s most innovative football clubs, especially recognised for their use of big data to drive decision-making.

Rasmus’s skill is that he is the only expert on the subject of high performance who has literally lived and trained with the best athletes on the planet. For the last ten years, Rasmus Ankersen has been intensively studying the world’s leading talent in sport, business, science and music.

In 2021 Rasmus has launched his film, ‘The Hockey Miracle in the Middle of Nowhere.’

Despite over a decade focussed on high-performance development, Rasmus hadn’t realised that the most impressive talent hotbed was right on his doorstep in the small town where he grew up.

This realisation led him to return home to Herning to tell this extraordinary story about how this little town against all odds produced five players in just nine years to the worlds biggest hockey scene.

Based on his findings Rasmus has developed a unique and highly practical methodology that allows companies and individuals to see talent and performance development from a whole new perspective. His proven research supported results change how organisations identify and grow talent.

Rasmus has been hired by well-known global brands like Facebook, Google, LEGO, Boston Consulting Group, Microsoft, Roche, Astra Zeneca, Coca-Cola, Cisco and many more to share his research on how to build high-performance organisations.

1. How To Create Hunger In Paradise

“From a competition perspective, the iPhone is nothing but a niche product.” The famous words belong to Nokia’s CEO Olli-Pekka Kallasvuo when he on the 17th April 2008, barely a year after the iPhone’s release, was asked if he saw iPhone as a commercial threat.

Kallasvuo’s answer came to stand as a monument to the arrogance that sent Nokia into a free fall towards the abyss. In six years Nokia’s smartphone market share dropped from 50% to 3%. The same people who made Nokia so successful also turned it into a gigantic failure.

There is no doubt that at the heart of success lies the reason for failure. While we talk a lot about how to achieve success, we talk way too little about the consequences of success. About the complacency, arrogance and the fear of losing it all again, which often follow as a shadow of success. Success produces complacency. It happens to individuals, companies and nations. But how do you stay humble when the company cashes in record profits, and how do you provide people with the feeling that they are standing on a burning platform when there are no flames in sight? Or put it in another way: How do you create hunger in paradise?

2. The Gold Mine Effect

Why are 137 of the worlds 500 best female golfers from South Korea? How did one athletic club in Kingston, Jamaica, succeed to produce most of the worlds best sprinters? What is the reason that the worlds best marathon runners grew up in the same village in Ethiopia? What is the secret behind Brazils mass production of soccer super stars? How has one village with 500 inhabitants in Sweden managed to produced the best skiers in history?

Rasmus Ankersen, a performance specialist, quit his job, spent his last pennies booking flight tickets and for six intense months travelled the world and literally trained and lived with the world’s best athletes and their coaches in these six gold mines of talent. In this keynote Rasmus presents his surprising conclusions on how any business, organisation or team can learn to dramatically improve their ability to identify, grow and motivate talent by understanding the secrets of the gold mines.

When was the last time your company took a step back to consider the best way to identify and grow talent? When was the last time you stopped to deeply reflect on important questions like: How can we create a competitive advantage by re-thinking how and where we look for talent? And how do we build a culture where people put urgency above complacency?

Rasmus Ankersen “Rasmus Ankersen truly conquered the audience at our Virtual Conference with people from over 30 countries. Excellent pace, interesting anecdotes, and a superb message delivered in a relaxed style which made everyone feel comfortable. Easy to work with and very professional. Thank you Rasmus!”Club Managers Association of Europe, Dec 2021
5 / 5
Rasmus Ankersen "Thanks again for making sure Rasmus was well briefed and online/on time. We had approx. 140 people listening to Rasmus’ speech and I received very positive feedback. Content and form was not only entertaining but also helping people to look at things from a different perspective. Felix Baumgartner, Head Premium Clients, was also very happy with the presentation."Credit Suisse Premium Clients Virtual Conference, July 2021
5 / 5
Rasmus Ankersen "Rasmus was excellent. He was very engaging and definitely got the group to think differently. It created the exact effect we were looking for which was to challenge our approaches. We had a good follow-up discussion at lunch as well. Overall, very impressed and happy with how things turned out."Senior Vice President, Valvoline International - Rome Conference, October 2019 - by Promotivate
5 / 5
Rasmus Ankersen "The feedback from Rasmus’s speech was very strong! Everyone was excited about his message and how well it fit with the messages of both Credit Suisse and the Conference. He had a very long Q+A session – participants were very engaged, which was great! I will send through some pictures for you and Rasmus over the next couple of days. Many thanks again for everything and we hope to have Rasmus at future Credit Suisse Events!" Margareta McConnell CREDIT SUISSE AG Private Banking | IWM
5 / 5
Rasmus Ankersen "The speech was great yesterday and everything went well. We received great feedback already and looking forward to have him for future events. Also a big thanks to you for the nice cooperation."Christian Bihr, Credit Suisse, 2019
5 / 5
Rasmus Ankersen "CCI hosted Rasmus Ankersen in One Team leadership event held in Turkey. Ankersen in his speech ‘Hunger in Paradise’ abolished the correlation between strong performance and great results through ‘Outcome Bias’ concept. Rasmus made audience to think about the ideal condition for success and asked them to leave the comfort zone to reach real improvement. His real life examples on the issue of saving the success from failure made important contribution to the meeting as well as provided valuable insights to CCI’s leadership team."Coca-Cola Industries, Turkey July 2018 by Promotivate
5 / 5
Rasmus Ankersen “WITHOUT DOUBT ONE OF THE BEST KEYNOTES WE HAVE EVER HAD IN THE 12 YEARS THE CONFERENCE HAS BEEN RUNNING."PETER ELLIOTT DIRECTOR OF OPERATIONS ENGLISH INSTITUTE OF SPORT
5 / 5
Rasmus Ankersen “RASMUS HAS CONSISTENTLY BEEN RATED AS ONE OF THE BEST SPEAKERS TO TAKE THE STAGE AT GOOGLE EVENTS. IMPORTANTLY, HE WAS ABLE TO DRAW ON WIDE RANGE OF EXPERIENCES AND STORIES THAT RESONATED WITH A PARTICULARLY DIVERSE AUDIENCE, WHICH IS OFTEN ONE OF THE MOST CHALLENGING ASPECTS WHEN SEARCHING FOR INSPIRATIONAL KEY NOTE SPEAKERS."GRAEME STANDING GOOGLE UK
5 / 5
Rasmus Ankersen “RASMUS ANKERSEN TRULY KNOWS HOW TO EVOKE THE INNOVATION SPIRIT IN PEOPLE." SUSANNE KAPFER, SAP GLOBAL CORPORATE AFFAIRS EMEA NORTH
5 / 5
Rasmus Ankersen 'Rasmus got the best speaker evaluations seen in Management Events ten year history. He received the highest score possible (5 points) from all delegates!  (5= very good and 1= poor)' Peter Rosenkilde,  Country Manager, Management Events
5 / 5
Rasmus Ankersen 'Rasmus is a truly fascinating man with a real insight into high performance both for individuals and teams. Rasmus is not just about theory. His lessons are rooted in real hard field research.'Sir Clive Woodward  Rugby World Cup Winning Coach & Elite Performance Speaker & Expert
5 / 5
Rasmus Ankersen 'Rasmus delivered the best presentation ever in a partner and directors meeting.' Håvard S. Abrahamsen -CEO, PwC
5 / 5
Rasmus Ankersen 'From Rasmus you don't just get theories, you get concrete tools working in the real world. He is the ultimate coach.' Casper Stylsvig,  Global Sponsorship Director, Manchester United
5 / 5
Rasmus Ankersen 'Rasmus digs deep with insight and experience capturing knowledge that is easily shared and hopefully applied, foolish if it's not!' Ben Roberts  - Global Talent Director, Saatchi & Saatchi
5 / 5 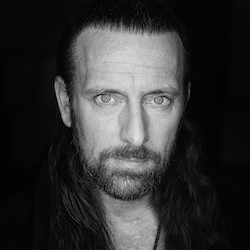 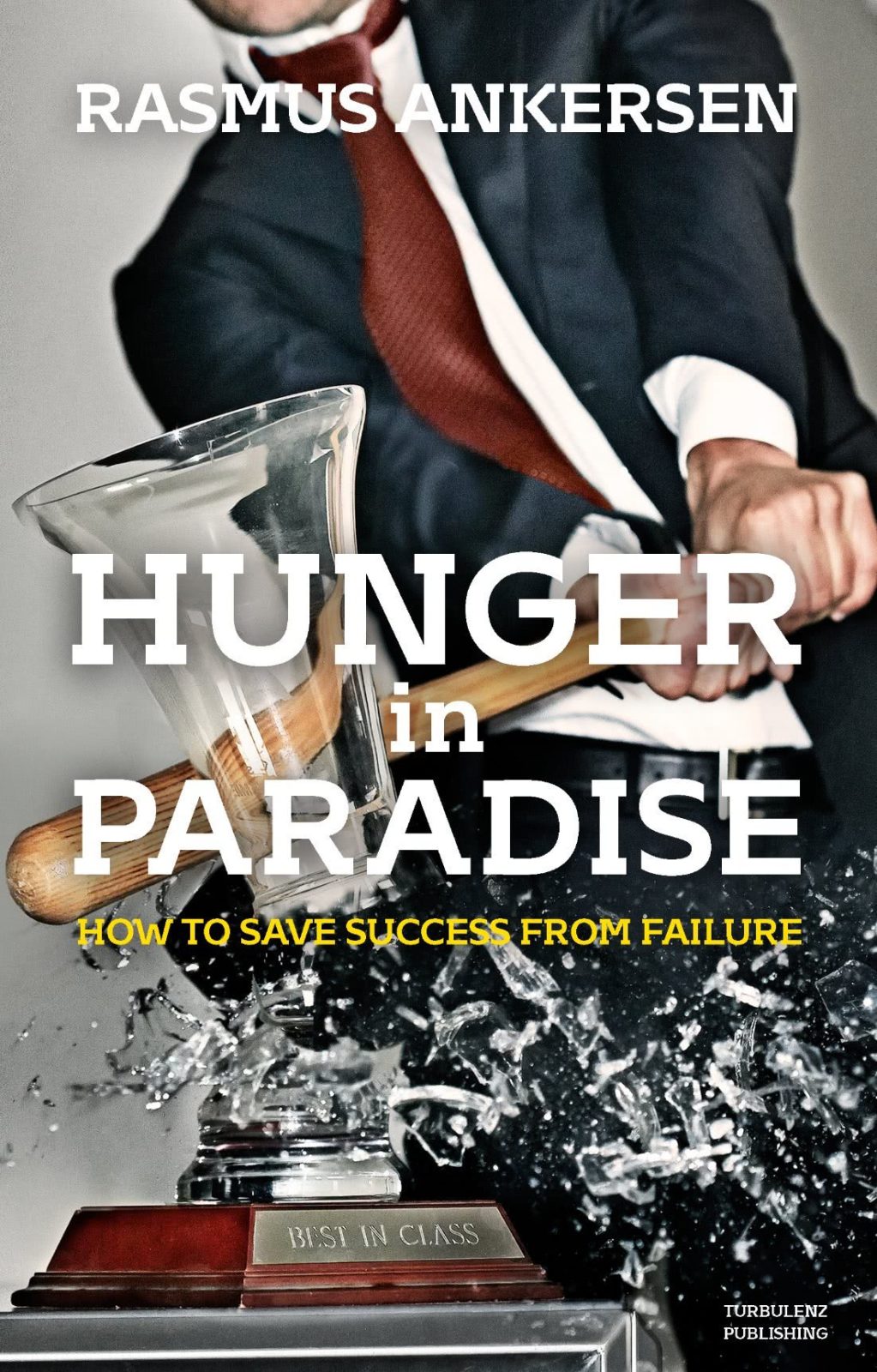 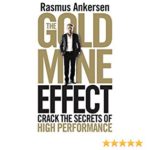