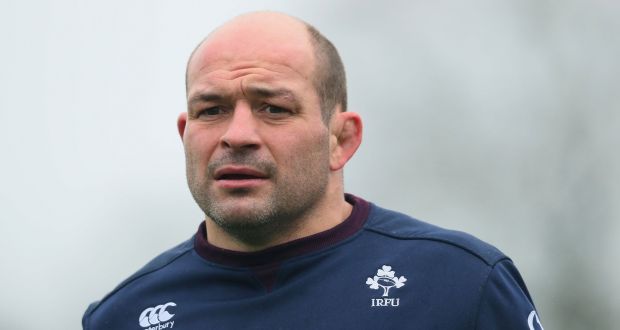 Rory Best OBE is the Ireland and Ulster Captain and the most-capped hooker for Ireland with an impressive 100+ International and over 200 Ulster Caps to his name. He is one of the most highly respected figures in Irish rugby and is a talismanic figure with Ulster.

Best is from a rural background; he grew up on his family farm in County Armagh and studied Agriculture at Newcastle University where he played with the Newcastle Falcons academy.

Rory descends from a celebrated rugby family, playing for Banbridge RFC and then Ulster in 2004 a year later making his Irish international debut the following year. For Ulster, he replaced his brother Simon as Captain of the team in 2007, and still holds this captaincy.

He can boast a historic Grand Slam, Triple Crown, and Lions selection at international level while maturing into one of the game’s most athletic, inspiring and enduring forwards. He was part of Ireland’s 2009 Grand Slam winning side and repeated this in 2018 whilst Captaining Ireland to a dominant Six Nations Championship and in the process moving Ireland to IRB World’s 2nd best team, behind New Zealand.
In November 2016, Rory led Ireland to their first ever Test victory over New Zealand, ending the All Blacks’ record winning streak of 18 games.  He also led victories over South Africa and Australia in the same calendar year, a first for Ireland.

Rory Best is known for leading, motivating and inspiring his team. He is able to take his experience from the rugby field and relate them to the business environment. A natural leader, Rory’s attributes are easy to see from his game time. How he manages the players; communicates with his team and the referee during play; how to maintain focus, set and hit targets, manage when the going gets tough and more. These are some of the areas that Rory Best has proved he excels in that others can gain insight into.