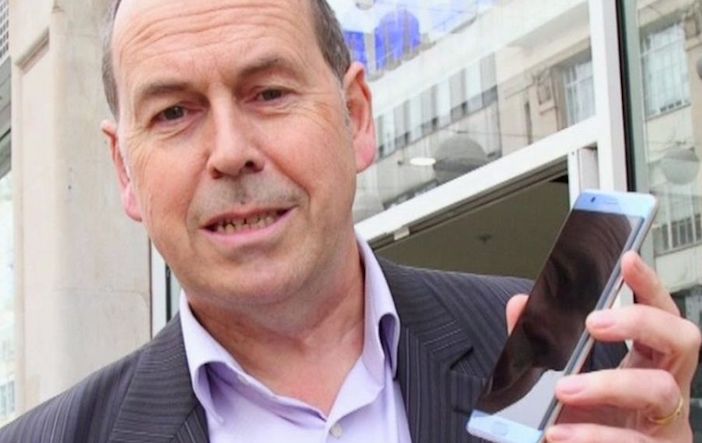 Rory Cellan-Jones has over 25-years’ experience in journalism. These days, the prolific tweeter and blogger specialises in technology and business. The man who covered the British dot com bubble and authored a book on the subject brings insights into the latest trends in technology and their possible applications in the realms of the business world. After completing his studies in Modern and Medieval Language at Jesus College, Cambridge, Rory, before embarking on a career in Journalism, worked in both Paris and Berlin.
In 1981, Rory joined the BBC as a researcher on Look North and moved to London to work as a producer in Newsnight’s TV Newsroom. His first onscreen performance was for Wales Today in Cardiff, after which he moved back to London where he was a reporter on Breakfast Time.
Rory quickly started covering business news, working on a number of programs, amongst which are included the Money Programme, Newsnight, the Today programme, and the Ten O’ Clock News.

Stories covered by him ranged from Black Wednesday to the dot com bubble and Google’s rise.
His coverage of the dot com bubble story led to the penmanship of Dot.Bom: The Rise and Fall of Dot.com Britain, a book which gives an account of the British dot com bubble.
2000 saw Rory do a brief stint as the BBC’s Internet Correspondent before he once more took up his post as Business and Industry Correspondent, while 2007 saw him appointed Technology Correspondent. It was up to him to expand the BBC’s coverage of the impact the internet had on both business and society.
These days, Rory covers aspects of technology for television, radio, and the BBC’s website while regularly blogging on the BBC’s technology blog “dot rory”.
Rory’s interest in technology had T3 magazine’s readers vote him ‘Gadget Personality of the Year’ in 2012. In 2014 he began presenting Tech Tent on the BBC World Service. It is a weekly programme covering all things tech-related.

Rory examines the different technology trends and their possible business applications. In touch with the latest conversations in technology and in discussion with the inventors of the latest products and services, Rory has a full house of insider knowledge that touches across all sectors.

Rory Cellan-Jones “Rory acted as a fantastic Chair for the first day of this year’s Planet of the Apps Conference. He mixed a personable approach, with an inquisitive nature, asking the key questions at the right time. I would have no hesitation in working with him again.”Laurence Coldicott, Head of Production, Future Tech, TMT @Knect365
5 / 5