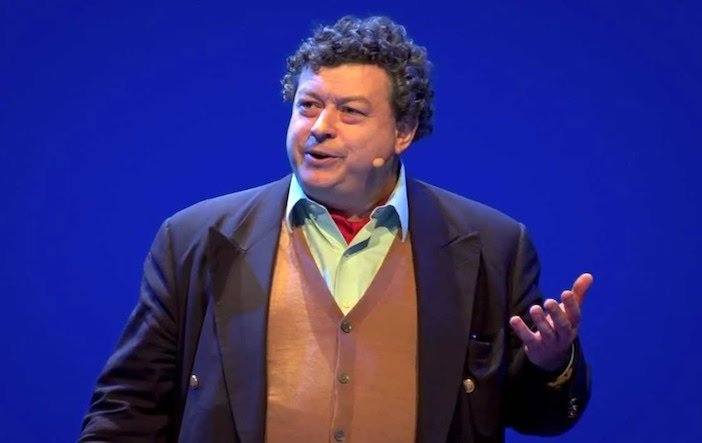 Rory Sutherland is often referred to as the ideas man as a marketing guru who believes perspective is everything. He is regarded as ‘the most influential person in UK advertising.’

Quickly realizing the teaching profession was not for him, Rory Sutherland moved on, becoming a copywriter and creative director at Ogilvy in 1988. His grasp of the possibilities associated with the internet and digital technology saw a meteoric rise within the company he is still at today as Vice Chairman. His interest in psychology had him head up a team at Ogilvy Change, where studies are conducted on the changes needed to affect people’s perceptions, thinking, and actions.

Sutherland has, over the years, been President of the IPA, Chair of the Judges for the Direct Jury at Cannes, and currently writes columns for the Spectator, Impact, Market Leader, and Wired.

A family man married to a vicar, Rory and his family lives in a home formerly owned by Napoleon III and is a trustee of the Benjamin Franklin House (London) and of Rochester Cathedral.

Rory’s almost instinctive understanding of the possibilities provided by digital technology and the internet helps him give audiences insight into advertising practices that work. His engaging, enthusiastic style captures and captivates, making ideas come to life. Rory specializes in branding,  behaviour analysis, identifying your target audience, and leadership.

Rory is a recognised name in the marketing industry, both traditional and digital who speaks with authority on branding, behavioural economics, data analysis and creative fact-based thinking. His keynotes are presented with an array of relevant slides and short videos and told in an easy and uncomplicated manner that all can easily understand. With all clients, Rory does his own research, speaks with and prepares his keynote presentations on an individualised basis.

Rory Sutherland “Rory touches on an interesting topic which is mechanistic innovation and blooms into perception…” Cleverly Engaged Marketing
5 / 5
Rory Sutherland “Rory is the original advocate of '360-degree branding,' a persuasive and charismatic speaker and has a tremendous knack for making ideas come to life in an easily digestible way. He has been walking the walk longer than anyone.”Gary Leih, Ogilvy Group Chairman
5 / 5

Amongst Europe’s Leading Conference Speakers, Expert on How To Run Successful Companies