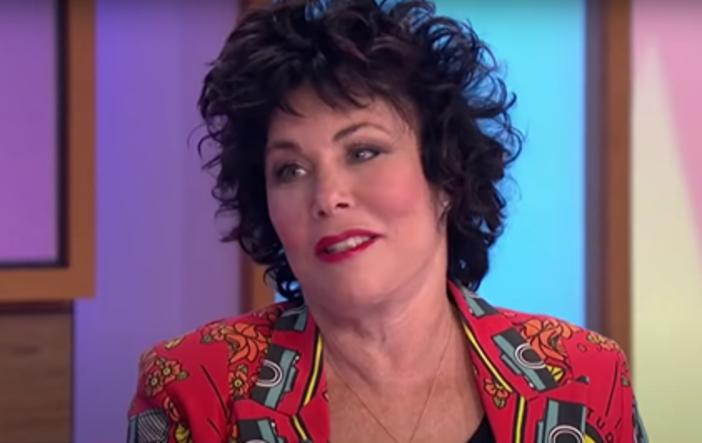 Arriving in Britain from the US in 1977, Ruby Wax trained as an actress and began her career with the Royal Shakespeare Company. From there she went on to a successful career with BBC television as an interviewer and comedian. She has written and edited many scripts for television and film, amongst these “Absolutely Fabulous”.

Ruby Wax is the author of three bestselling books, i.e., ‘Sane New World’, A Mindfulness Guide for the Frazzled’, and ‘How to be Human’. Her books combine neuroscience, mindfulness, and comedy. Furthermore, her one-woman shows ‘Sane New World’, ‘Frazzled’, and ‘How To Be Human’ has toured internationally and gained huge success in London’s West End.

The founder of the social networking site ‘Black Dog Tribe’, Ruby Wax aims to provide information and social support for those suffering from mental health issues. The topic of her TedTalk ad TedGlobal 2012 was titled “what’s So Funny about Mental Illness?” She also speaks at Parliament and Downing Street to raise money on neuroscience research, tirelessly working to break the mental illness stigma. Ruby also serves as an ambassador for MIND and SANE mental health charities.

Ruby Wax launched her Frazzled Café charity in the UK in 2017, partnering with Mark’s and Spencer’s where people feeling frazzled meet on a fortnightly basis to talk and share their stories in a safe, anonymous, and non-judgmental environment. She received an OBE for Services to Mental Health in 2015.

As a speaker, Ruby Wax focuses on issues like how to communicate with clients on a deep, effective level, and how to enjoy good mental health. Amongst her many clients, she includes the likes of Johnson & Johnson, Bayer, GMT, The Home Office, Orange, Google, and many others. She lives in the UK and presents in English.

Ruby Wax “The silencing stigma surrounding mental illness has always been a major obstacle in our attempts to find healing solutions. Over time, society is generally beginning to realise that by bringing the issue out from the shadows and isolation, we can begin to reduce the associated fear and shame - creating a first significant step forwards towards improved mental health. Ruby has found a bridge to connect this message to people through her books and bravely "audacious” public dialogue. She has lived it personally – worked it and earned the T shirt!” Annie Lennox
5 / 5
Ruby Wax “For the past decade Ruby Wax has laid her own life bear in order to encourage change in our understanding of Mental Health. There is nothing glamorous about being a poster girl for this issue, but she has embraced the role with rigour, intelligence, honesty, wisdom, compassion and determination. I am in awe of her commitment to encouraging debate about the subject by using her own understanding, strength and vulnerability. She is magnificent.” Emma Freud
5 / 5
Ruby Wax “Ruby has always been a star in my firmament, and although she can make your ribs ache with laughter she can also wrench your head round to see the darkness in the world, and how to deal with it. No-one deserves to be recognised more. I hope she will have a very large copy of the medal made, and will wear it on her shoulder like a parrot. I adore her.” Joanna Lumley
5 / 5
Ruby Wax “Ruby’s explorations of her mental journey are pithy, profound, poignant and perspicacious but also hilariously funny. She’s now using her brilliant communication skills to help all of us live a saner life in this crazy, chaotic world. Ruby is a national treasure. She so deserves this OBE, not just for the joy she's brought British audiences for decades, but also for helping us confront our dark sides too.” Kathy Lette
5 / 5
Ruby Wax “I am so happy that Ruby Wax is being recognised for her incredible work to de-stigmatise and explain mental illness which is thought to affect a quarter of the world.” Jemima Khan
5 / 5