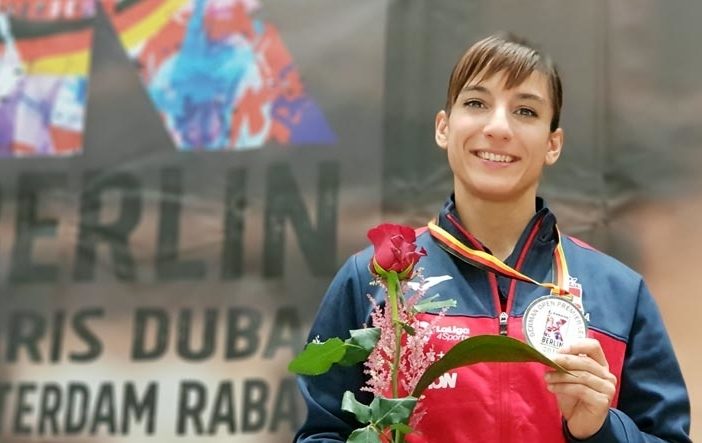 Sandra Sanchez made history when she became not only an Olympic gold medalist in her sport but was recognised by Guinness World Records for winning the most medals in the Karate 1 Premier League. The Olympic Gold medalist also won the women’s individual kata event twice at the World Karate Championships. This was in 2018 and 2019, respectively.

Years of relentless training, fundraising, and determination have seen Sandra battle through injury, prejudice, and defeat to become one of Spain’s best-loved athletes and an inspiration to all those who are chasing after a seemingly impossible dream.

But Sandra Sanchez saw success much later than most in her sport.

Although the Spanish athlete started taking Karate lessons at the age of four and had the opportunity to train at Spain’s High Performance Centre, she turned the opportunity down. She decided to rather look after her ill mother and pursue her studies.

After graduating in Sport Sciences and Physical Activity, Sandra Sanchez went to Australia where she taught karate to children. She was also given an offer to compete for a club in Dubai.

Upon her return to Spain, Sandra Sanchez found it incredibly difficult to get a place on the national team. She was, however, 32 years old when she finally gained her place, going on to win the bronze at the 2014 Karate 1 Premier League in Paris. Seven years later, she was the World and European title holder, the Grand winner of her category, and had won more than fifty medals in various international competitions. She also made international karate history when Guinness named her the world record holder for winning the most medals in the Karate 1 Premier League.

But the accomplishment she is probably most proud of was winning the Olympic gold medal at the 2020 Tokyo Summer Olympics. She was forty years old.

Besides practicing, teaching, and taking part in competitions, Sandra Sanchez has become a sought-after speaker on various motivational subjects. She lives in Spain and speaks Spanish and English.