is one of the UK’s most trusted & recognised travel journalists

Simon Calder is a world traveler, travel writer, and broadcaster whose love for travel was developed from an early age thanks to his parents. His love for the outdoors was developed upon joining the Woodcraft Folk and going on a camping trip to the Lake District. That same year saw his parents move the family to Guernsey in the Channel Islands for a week due to the USSR sending nuclear warheads to Cuba with America threatening retaliation. Gatwick airport, which was near their home, was in the direct line of fire. Fortunately, the two superpowers stepped back from the brink of nuclear war.

By age 12, the young Simon started to hitch-hike, discovering a world wherein travel was both free and limitless. Many years later, he still uses his thumb to get around the world, although cycling has also become part of his traveling experience.

It was while working as a cleaner for British Airways at Gatwick Airport where he later worked as a security guard that he began writing budget travel guidebooks, the first of which is the Hitch-hiker’s Manual: Britain. He has since then written a wealth more.

When not writing or working at Gatwick, Simon studied Mathematics at Warwick University, graduating in 1978. From there he went on to teach Mathematics and later, worked as a BBC radio engineer. After becoming The Independent’s travel editor in 1994, Simon started presenting BBC 2’s Travel Show, becoming a regular presenter for their Holiday program on BBC1 in 2003. He presented the last program in the series in 2007, after it ran for 37 years.

Simon is a keen consumer champion, known for his work holding companies to account when they let holidaymakers down; since Brexit, he has single-handedly fought for UK airlines to implement the correct EU passport rules and for passengers unfairly denied boarding to be duly compensated. Besides his work online, he produces a daily podcast and presents films for The Independent, plus is often seen on the BBC, Sky News, ITV and more giving his expert advice or providing insight on the latest breaking travel stories.

In 2022, Sue Perkins presented him with the Outstanding Contribution Award at the TravMedia Awards for his world-leading coverage of the travel rules during the coronavirus pandemic.

Podcast: Every week he records a travel podcast called You Should Have Been There with his friend and travel companion Mick Webb. The programmes are about the fun and fascination of travel, more than the practicalities, and about sharing the stories afterwards. Travel questions we have looked at in the past include: flying with a clear conscience; armchair travel; defining what makes the ideal travel companion; brief encounters; traveling as a three-some; socially-distanced travel, etc.

An energetic, creative thinker and speaker, Simon Calder is both professional and flexible in his topics. His humorous and insightful talks keep audiences asking for more. He is ideally placed to host and present at travel industry-related conferences and events.

Simon Calder “Simon was first class. Professional, humour, relevant. Gave us some good PR mentions in media beforehand. Through the wards he was flexible and again professional. Very approachable from the audience and took Q&As. Would not hesitate in using Simon again.”Blackpool Council
5 / 5
Simon Calder “Simon was an asset to the agenda and we have received nothing but praise from our attendees for the content of the agenda this year.”Voyageur Group
5 / 5
Simon Calder “It was a great evening and Simon was, as ever, a real pleasure to work with. I hope we can persuade him to continue to be our awards host? Can you please pencil us in for next year now?”Anna Preddy, Director of Museums, Heritage Show Ltd
5 / 5
Simon Calder “He was an excellent, professional speaker who delivered humour and interest to his presentation with great ease. He was a delight to work with.”Tourism South East
5 / 5
Simon Calder “Amazing. He is a breath of fresh air.”Zibrant Ltd
5 / 5
Simon Calder “I want to thank Simon Calder so much for his fantastic contribution to the judging of the Awards and the wonderful way he came across at the event. His presentation was so engaging and the accompanying slides were hilarious. I’ve had so much feedback from guests since saying how much they loved listening to Simon’s Speech.”Narelle Clayton, Events Manager, UK/Europe – Tourism New Zealand
5 / 5 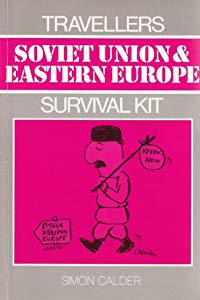