Steve Backshall has had a love affair with animals and nature since his time as a child on a smallholding full of rescue animals. After completing his schooling he backpacked in such diverse areas as India and Africa. His tertiary education saw him study English and Theatre Studies at the University of Exeter, followed by biology at the Open University. Steve also lived in Japan for a year studying martial arts. He gained a black belt in judo and a brown belt in karate during this time. He is fluent in Japanese.

His return from Japan saw Steve Backshall contribute to the book “The Rough Guides to Indonesia and South East Asia. It was an unsuccessful 1997 attempt to walk solo across the western portion of New Guinea that led to the idea for a series. After purchasing a television camera, he travelled through the jungles of Colombia, making a pilot that was grabbed up by the National Geographic Channel. This led to the company employing him as its ‘Adventurer in Residence’, a position that lasted five years with him as both producer and presenter. He also presented various series for National Geographic International and completed the Israeli special forces selection course for Bootcamp.

Steve Backshall moved on to the BBC in 2003. He presented The Really Wild Show and also took part in a series of wildlife challenges. When his show was axed, Steve went on to join the BBC Natural History Unit’s expedition team. This period saw him explore parts of the world never set foot on by any other explorers previously.

Besides making television shows for adults, Steve Backinshall has also catered to a younger audience. He was a Springwatch trackers co-presenter, where teams of children were set different tracker challenges. In 2008 he was part of Deadly 60 and then, later, Live n Deadly. The ‘Deadly’ programmes were designed with children in mind, inspiring them to get an interest in wildlife and adventure. During this time Steve Backinshall swam with sharks and caught poisonous sneaks. He also undertook a journey from the Arctic Circle to Antarctica during this period, crossing through both North and South America in the process. They were aired in 157 different countries across the glove.

Amongst his other expeditions, he includes a climb to Mount Upuigma, an expedition into an extinct volcano, an expedition to Bhutan filming Bengal tigers, and an expedition on why certain species grow to be so large. The latter had him dive with Nile crocodiles, sperm whales, and elephant seals. Steve Backshall has also travelled the Andes, New Guinea, Alaska, and the Northern Japanese Wilderness.

Besides writing for Rough Guides and various British newspapers, Steve Backshall is also a well-known author of non-fiction, adult fiction, and children’s fiction. According to Steve, “I was a big reader when I was a kid … Fiction was a massive, massive part of my formative years, far more so than television ever was, and I always hoped that my future would lie with writing.”

Adventuring to the furthest corners of the earth and writing are not Steve Backshall’s only passions. He has completed a 124-mile canoe race and competed in numerous triathlons, adventure races, and fell running events. A 2008 attempt at climbing a wet cliff face saw him fall onto rocks from a height of ten meters. He sustained various injuries requiring twelve operations and several years of rehab before attaining peak fitness once more.

Amongst his various awards and accolades, Steve Backshall counts two BAFTAs and two BAFTA nominations. His documentary, Expedition Borneo was nominated for an Emmy award while Lost Land of the Volcano won the 2012 Widescreen award for best popular broadcast. He has also received a Gold Badge from Blue Peter and awarded the Animal Carer Badge in the 2012 Scout Birthday Badge Awards.

A philanthropist at heart, Steve Backshall is involved in various wildlife trust and is an ambassador for the Scouts Association. He is married to double Olympic Gold Medal winning rower, Helen Glover.

As a speaker, Steve Backshall does not only ascribe his success to his television career. His writing career, experiences, and wealth of knowledge, when combined, make him an imminently successful inspirational public speaker.

Tailoring his talks to his audiences’ needs, Steve Backshall presents on a range of wildlife, conservation, adventure, and exploration topics, including his comeback after a, particularly nasty climbing accident.

Expedition: Voyages to Undiscovered Places
Inspired by Steve’s recent BBC series, ‘Undiscovered Worlds with Steve Backshall’ and ‘Expedition with Steve Backshall’ for UKTV, Steves talk encompasses astonishing tales from a year of adventure; taking light into forgotten caves, making first ascents of Arctic peaks, and first descents of Himalayan rivers – he talks of narrow escapes and scrapes plus jaw dropping tales of close calls with near certain death as well as lessons learned from his extraordinary year.

Wellness – a talk about how the lessons Steve has learned from studying our ancestors, animals, hunter gatherers today, and living life on expedition. What timeless needs and resources can do for all of us in our modern day search for wellbeing.

Climate – our changing world and our place in it.
Shark – the world’s greatest predator in its place
Deadly – predators big and small and how they function. 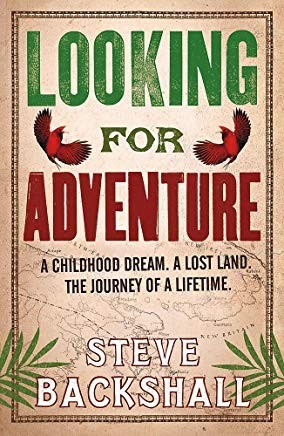 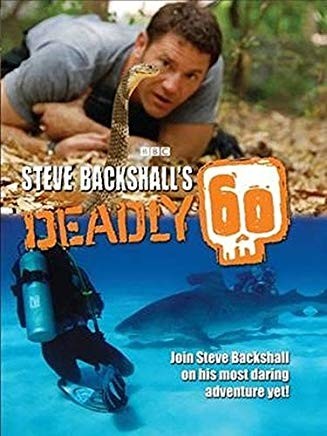 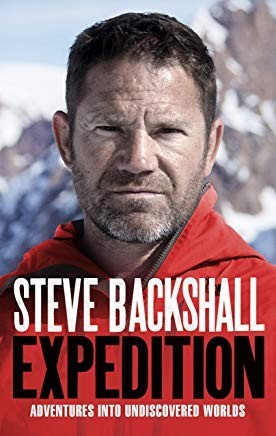