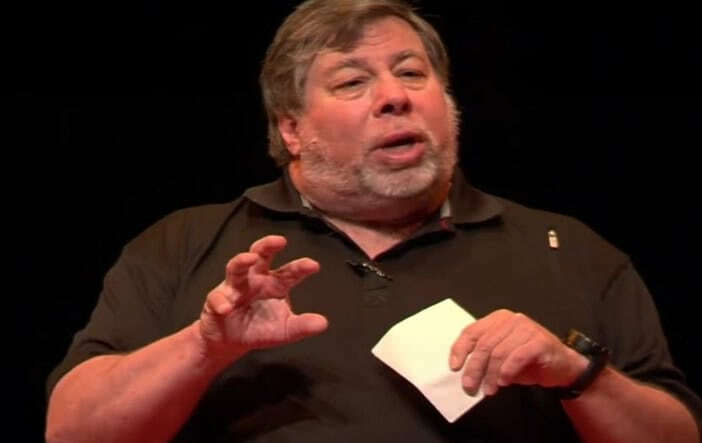 Of Steve Wozniak, the following has been said: “Steve created an industry. Enough said.” This synopsis may be correct because Steve is an American computer scientist who is best known as one of the founders of Apple and the inventor of the Apple II computer.

Steve Wozniak, together with Steve Jobs, invented the Apple I computer. Apple Computers was founded in 1976. There were three founding members, the two Steve’s and Ronald Wayne. Together, the trio released some of the first personal computers to hit the market. Steve Wozniak, however, developed the Apple II. His creation established Apple as a major player in microcomputing.

Steve, who showed an aptitude for electronics from an early age, met Steve Jobs during his initial brief stint at the University of California at Berkeley. Jobs, at the time, was still at school. After the two paired up in 1976, Steve left his job at Hewlett-Packard to give his full attention to the new venture. Working out of a garage, Jobs concentrated on marketing while Steve invented products. Together, they forged an empire.

In 1981, Steve sustained severe injuries when a private plane he was piloting crashed. His recovery was painstakingly slow and took two years. Besides his various injuries, he also had amnesia. Steve, who besides his accident, went back to UC Berkeley the same year, finishing his degree in electrical engineering/computer science.

Steve left Apple in 1985 and went on to found numerous ventures. One of these is CL 9, the company that brought out the first programmable universal remote control. He also joined forces with Mitchell Kapor in 1990, with the two establishing the Electronic Frontier Foundation. This organisation provides computer hackers facing criminal prosecution legal aid. Steve went on to found Wheels of Zeus (WOZ) in 2002. The initial aim of the venture was to develop wireless GPS technology. This company closed in 2006. Steve, however, published his bestselling autobiography titled “iWoz: From Computer Geek to Cult Icon: How I Invented the Personal Computer, Co-Founded Apple, and Had Fun Doing It” shortly after. He went on to join Fusion-io, the Salt Lake City-based start-up as chief scientist in 2008.

Steve Wozniak has received numerous honours and awards, with 1985 seeing him awarded the National Medal of Technology by the President of the United States. This is the highest honor possible that can be bestowed on leading American innovators. He was also inducted into the Inventors Hall of Fame in 2000 and awarded the Heinz Award for Technology, The Economy and Employment. This was for single-handedly designing the first personal computer as well as for his efforts in pursuing his passion and mathematics with regards to education focused on grade school students and teachers.

Steve has, over the years, been involved in numerous businesses as well as philanthropic ventures, investing much of his time and resources. He has, for example, adopted the Los Gatos School District, providing both teachers and students with hands-on teaching while donating state-of-the-art-equipment. He is also the founding sponsor of the Tech Museum, Silicon Valley Ballet, and Children’s Discovery Museum of San Jose. In 2014 he was given yet another honor, i.e. he was awarded the Hoover Medal for “outstanding extra-career services by engineers to humanity”. He was also inducted into the IndustryWeek Manufacturing Hall of Fame.

Amongst Steve’s many television appearances, he includes The Big Bang Theory, Conan, The Late Show with Stephen Colbert, The Tonight Show Starring Jimmy Fallon, and ABC’s Dancing with the Stars.

As a speaker, Steve Wozniak has a very customized approach with regard to each of his presentations. In so doing, he ensures that each of his talks is unique and ties in with the focus of the event. The result is a delivery that is not only personalised but unforgettable.

Steve Wozniak “Steve Wozniak is gifted, intelligent and endowed with great natural ability. Woz single-handedly created the Apple I and Apple II computers and he contributed significantly to the microcomputer revolution of that era. After his success at Apple, Woz returned to UC Berkeley and earned his EECS degree in 1986. I was with Woz at his graduation and have been his friend since those early Apple days. Woz continues to amaze me with his accomplishments in all aspects of his life: business, education, philanthropy and yes, even his many television appearances.”Del Yocam, Independent Consultant For The Gig Economy
5 / 5
Steve Wozniak “I've had the pleasure of featuring Steve Wozniak across several conferences in 2014 and enjoyed working with him immensely. His enthusiastic personality translates to a fantastic keynote, and his generosity off stage connecting with attendees had the entire event buzzing. Woz is akin to the Santa Claus of technology - all those that cross paths with him can't help but be charmed and delighted.”TechMedia
5 / 5
Steve Wozniak “Thank you so much for everything you have done for us during your stay. The amount of feedback from today’s staff session has been phenomenal; - they could not be more excited. Our clients also thoroughly enjoyed the opportunity to engage in open conversation with you. Your honesty, genuineness, passion and great story telling ability wowed everyone and delivered a truly unique experience for our staff and clients alike.”Commonwealth Bank of Australia
5 / 5
Steve Wozniak “Steve Wozniak's dynamic personality, unique vision, and astute knowledge created a session that NAMM's audience will never forget. His storytelling was compelling and it came completely nature to him. I enjoyed how he would go on tangents giving the audience a sneak peak into untold stories, which created an authentic moment for them. Woz is truly one of kind!”KROC Entertainment
5 / 5
Steve Wozniak “Steve Wozniak’s session at the 2015 NAMM Show will be talked about for years to come. His unique insights on innovation and creativity inspired the audience to look at their businesses differently. Our members were blown away by his generosity, wisdom and authenticity. He’s a living legend, and at the same time, he couldn’t be easier to work with. He received a standing ovation like we’ve never seen at a show.”National Association of Music Merchants (NAMM)
5 / 5
Steve Wozniak “Everything you have heard or read about Steve is true. He is smart, humorous, fun and genuinely kind. Steve knows about lots of technical gadgets from Segways to GPS. His ability to hook people together is amazing. I highly recommend Steve!”Eric Wilson, Sr. Director, Engineering -- Blue River Technology
5 / 5
Steve Wozniak “Steve created an industry. Enough said.”David Lustig, Drug discovery, development & sales, marketing and licensing executive
5 / 5 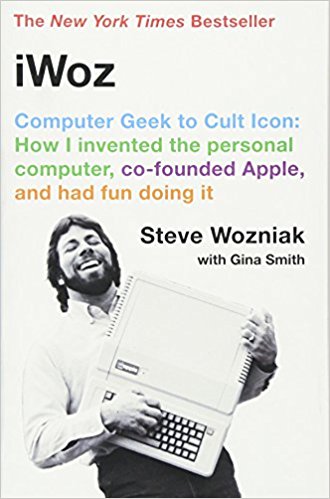