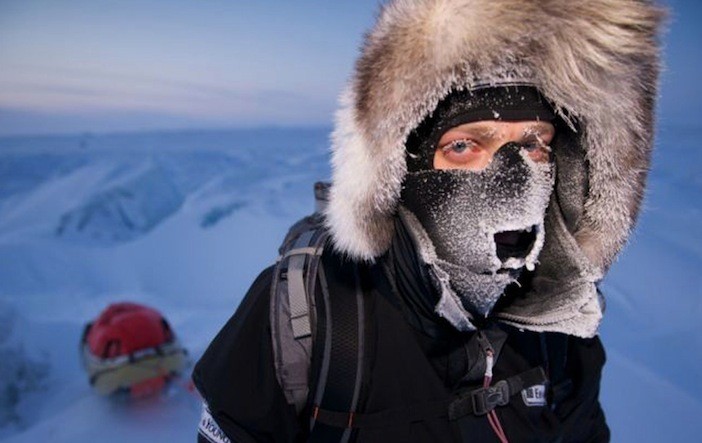 In 2014 Tarka finally achieved what the ill-fated Captain Scott and all others since have failed to do by completing the longest polar expedition in history –  The on foot 1,795 mile trek to the South Pole and back.

As a speaker Tarka’s story brings alive what it is like to pull sleds of almost 200kg in the Antarctic, to walk an average of 17 miles daily in extreme cold and on limited rations for 105 days during the Scott Expedition with fellow British polar explorer Ben Saunders. Tarka speaks with passion about taking opportunities, facing difficult challenges and staying focused in tough times. He knows what it is to face disappointment and hardship and how vital it is to stay motivated no matter how difficult the task and harsh the conditions.

Audiences appreciate that Tarka’s unique story delivers a powerful message that you can achieve ambitious goals and do so much more than you think you can – no matter what your background.

A Career In Adventure

Tarka is passionate about encouraging others to achieve their potential and this comes across clearly in every keynote talk, after dinner or conference speech. Tarka L’Herpiniere’s story demonstrates what can be achieved with vision, leadership, teamwork, self-belief, resilience and motivation.

Tarka L’Herpiniere ‘I would like to thank you for the absolutely fantastic talk that you gave. Everyone I spoke to after the event found your story captivating and very inspirational. People have been talking about it ever since.’Admiral Group
5 / 5
Tarka L’Herpiniere "There are inspirational speakers and inspirational speakers but your visit was an unrivalled treat. It would be hard to imagine anyone comparable as far as narrative skills, openness of personality and a wonderful sense of optimism."Wllington
5 / 5