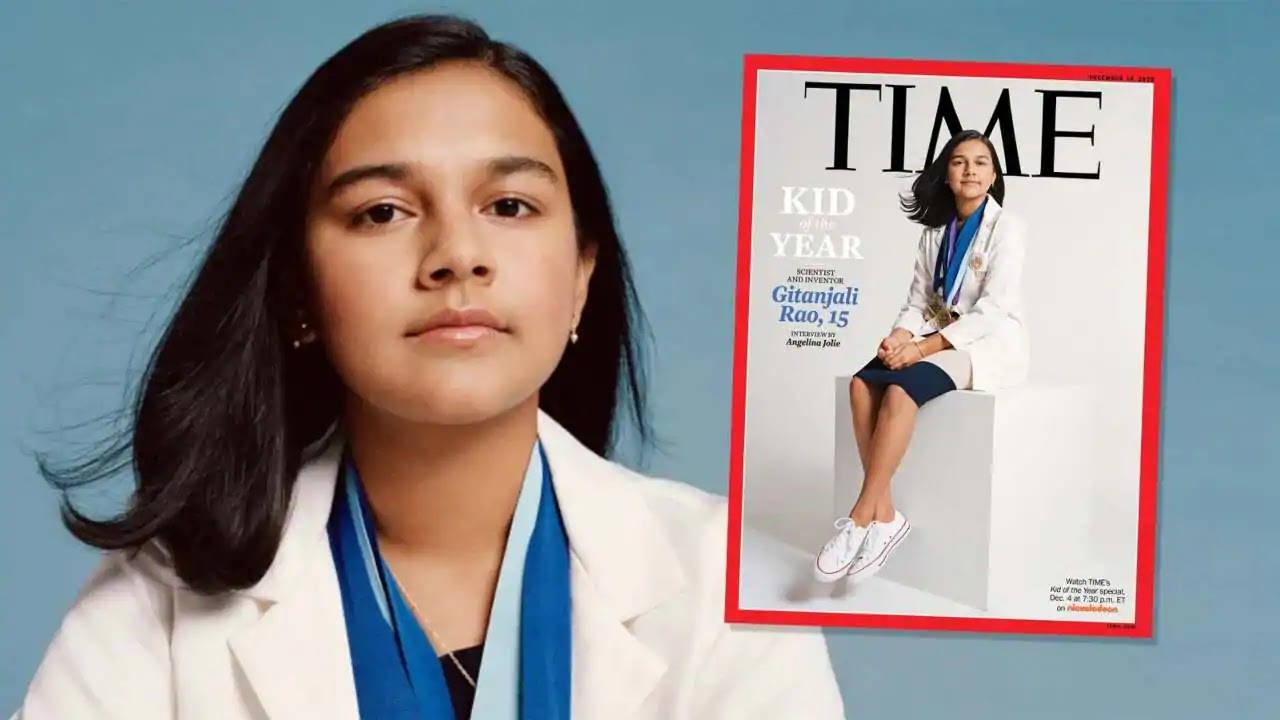 Rao is a remarkable young woman, having invented technologies including a device that can identify lead in drinking water, an app that detects cyberbullying, and another app that can detect and diagnose opioid addiction.

Talking to actor and activist Angelina Jolie she mentioned how her goal has really shifted from not only creating her own devices to solve the world’s problems, but also inspiring others to do the same as well.

Gitanjali Rao has spoken empathetically and at length, about the problems, her generation is facing. It’s a scary blend of old and new problems. Rao emphasized how they’re currently in the middle of a new global pandemic, but on the other hand, they are faced with problems, like human rights issues and climate change that they did not start, and yet are responsible for fixing.

From the U.S state of Colorado, Gitanjali Rao is Indian American and knows how hard it is to be a scientist and an inventor when you don’t see anyone else like you doing it. She noticed old white men as scientists everywhere she looked. She knows how difficult it is to survive as an outsider. Which is why she wants to inspire others like her.

Rao is very passionate about helping others realize their potential. She has talked about the excitement she feels when she gets an email from someone who attended her innovation workshops, telling her about their finished products and how she helped them achieve their goals.

Not only is Rao a brilliant scientist but she also very generous with her knowledge. she has a process she uses for everything and she is not afraid to share it with the world. Her process is to observe, brainstorm, research, build, communicate.
Gitanjali Rao has done it all, she has partnered with museums all across the world, organizations like the Shanghai International Youth Science and technology group, and the Royal Academy of Engineering in London, as well as Rural schools and girls in STEM organizations. She is represented by Pro Motivate and can be approached for public speaking through them.

However, The Time’s Kid of the Year award is only the latest accolade for Gitanjali Rao. In 2017, at the age of 11. She was named “America’s top young scientist” for inventing a low-cost, time-efficient test to detect lead-contaminated water. She was also recognized in Forbes 30 under 30 in 2019 for science and innovation. Rao was also recently included in Marvel’s Hero Project. The project highlights inspiring young people striving to do better, be better, and to make a difference in the world. She has also been recognized as a Gloria Barron ‘Young Hero’ Honoree for community impact.

Times Kid, Rao is also an amazingly eloquent speaker and has addressed four TEDx conferences as well as spoken at countless global conferences. Rao has been a UNICEF panelist about the role of Youth to power the planet. She lives in the USA, presents in English, and is represented by Pro Motivate as well.

Time’s Kid’s message to young people is to not try to fix every problem in the world, just focus on the one that is exciting to you. “If I can do it,” she says, “anybody can do it.”